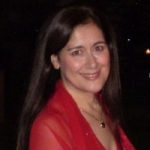 Dr. Victoria Athanassopoulou is an Assistant Professor at the Department of Shipping, Trade and Transport, University of the Aegean. She was born in Athens. She obtained her Law Degree at the Faculty of Law of the National and Kapodistrian University of Athens and her Ph.D. in Commercial and Maritime Law at the University of Hamburg. In her Thesis “Schiffsunternehmen und Schiffsüberlassungsverträge” (Mohr Siebeck Verlag, Tübingen, 2005, 284 pages, Max-Planck Institut für ausländisches und internationales Privatrecht, Studien zum ausländischen und internationalen Privatrecht, 151) she makes a thorough investigation concerning the modern forms of economic ship chartering from the perspective of the ship as an enterprise. In her work she introduces a fundamental new approach to the concept of the ship as an enterprise. She analyzes the various forms of ship charters and their practical application in international contracts and she shows the differences between bareboat charterers, time charterers and ship managers and their position as service providers or owners of ships as well as commercial enterprises. Since September 2011 she works as a Lecturer of Commercial and Maritime Law at the Aegean University, Department of Shipping, Trade and Transport in Chios. Her key research areas are Maritime law, Insurance/Reinsurance Law, Commercial Law and Foundation Law. She teaches Maritime Law, Chartering, Marine Insurance Law, Law of the Marine Environment and Sea Labor Law at an undergraduate as well as at a postgraduate level. She has attended several international conferences and she has published widely in the area of maritime and commercial law. She has also published “The Utmost Good Faith in Marine Insurance Law – A Comparative Analysis of the Greek and the English Law” (in Greek), (Athens 2010, 300 pp.). She is also a qualified lawyer admitted to the Piraeus Bar. She is a specialist concerning shipping and trade, focusing mainly on commercial contractual issues and dispute resolution arising from charter parties and bills of lading. Her experience includes both the commercial and the litigation aspects of her practice areas involving among others also vessel arrest proceedings and all kinds of charter agreement. She has extensive experience in all aspects of P & I and Hull Insurance. She writes and speaks fluently English, German and French.