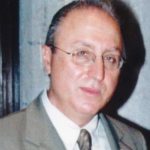 The scientific work and the initiatives of J. Karkazis have drawn the acknowledgement of many international personalities, among them: of the President of Israel (2011), of the President of Cyprus (2011), of the Federal President of Austria (2006), of the Ecumenical Patriarch of Constantinople, of PLO Chairman Yaser Arafat, of Dr.Khalid Abdallah (Chief Representative of Arab League, 1995), of the Minister of Foreign Affairs of Poland (2006), of the Archbishop of N.and S.America Iakovos, of the Archbishop of N.and S.America Demetrius, of Abdullah Abdullah (Ambassador of Palestine in Beirut), of the President of the University of Chicago (1997), of Jean Kirkpatrick (American Enterprise Institute for Public Policy Research, 1996), of Rosalie Seemann (Executive Director of World Affairs Council of St.Louis, 1998), of the President of Webster University-U.S.(1998), of Ustun Erguder (Rector of Bogazici University, 1996), of Commisioner Ferro-Waldner (European Commission, 2006), of the Prime Minister France (2006) and of Christos Zacharakis (Ambassador of Greece in U.S.A.1999).

During the period 1985-2000 J.Karkazis was strongly focusing on funded research projects in the areas of locational, transport, environmental and regional development analysis. From 2000 onwards he is strictly involved in non-funded research activities focusing on geo-economic, geopolitical,defense and security issues, primarily in the development of specialized Geographic Information Systems and relevant applications.