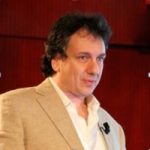 Dr. Theodore Lilas, is Assistant Professor at the Department of Shipping, Trade and Transport, University of the Aegean. He is Electrical Engineer and holds MSc in Computer Science from Columbia University, NY, where he received graduate Research Assistantship from Center for Telecommunications Research for IBM project. He received a PhD from NTUA and Research Assistantship from GSRT. From 1992 to 1999 he worked in Perama ship repair base and has been Technical Director in NAFSI shipyard and has also coordinated advanced shipyard research and development projects. Since 2000 he has worked as consultant in industry and participated in automation and safety projects. Since 2005, he is teaching at the University of the Aegean in the Department of Shipping Trade and Transport. He has participated in several EU and National funded projects in IT applications enhancing safety and security. Research project work he has participated in has been awarded a prize by EU DG Region in the field of sustainable development.