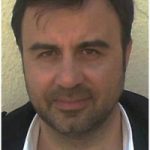 Geopolitics and Law of the Sea

Dr. Petros Siousiouras graduated from the Hellenic Naval Academy (HNA) and followed the normal career path of a Naval Officer by serving in various ships of the Hellenic Fleet. Holding a Bachelor from the Panteion University of Political and Social Sciences and a PhD (with distinction) in 2003 in International law from the same University, he was elected as a Lecturer at the University of the Aegean (Department of Mediterranean Studies-Section of International Relations and Organizations). He has continued post-graduate studies in Greece (School of Navigation and Hellenic War College) as well as in the USA. He is the author of numerous articles and scientific papers published in Greece and abroad; he has also participated in a significant number of scientific meetings. His work includes the following: Greece-Yugoslavia –Former Yugoslav Republic of Macedonia. Strategic Targets in the Port of Thessalonica and International Law, (Athens -Thessalonica, 2003), Aspects of the Greek Foreign Policy in the Inter-War Period (Athens, 2003), Euro-Mediterranean Relations (co-authoring with Prof. I. Seimenis, (Thessalonica, 2003); The Recognition of FYROM by Greece through the Interim Accord in 1995. Today, he is holding the position of Professor in the University of the Aegean (Department of Shipping,Trade and Transport) and teaches in the areas of Geo-politics and Law of the Sea.